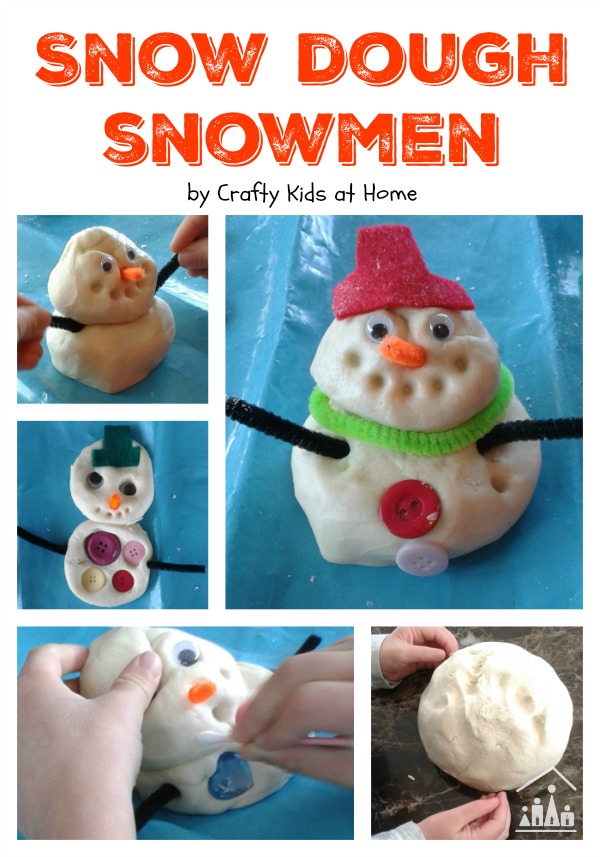 There is a definite chill in the air now over here on the east coast of Ireland. So we decided to carry this cold feeling into some of our activities last week and started with some Play-dough Snowmen.

I’ve been trying to perfect making our own playdough for a good while now. I’ve tried many different recipes, resulting in varying degrees of success.  This time I decided to try out a recipe from over at Our Little House in the Country. Ciara has lots of fun playdough activities over on her blog, so I thought that this was bound to be a good recipe and it turned out very well for us and was perfect for out playdough snowmen. Please click on the link above to find the full recipe that we used.

Mixing up our Snow Dough

I made up the play-dough in my electronic mixer with a little help from Bella, who added in each of the ingredients for me. She was a bit heavy handed with the water though, so the initial mixture turned out far too wet. But with the careful addition of a bit more flour and corn flour I was able to rescue it. We made the recipe without any colouring; it wasn’t needed this time for us as we were going to be making snowmen from it.

Now we all know that snow is very cold, so to mimic the feeling of real snow as much as I could, I popped our dough into the fridge for a few hours before letting the kids loose with it.

I was a little worried that putting the dough into the fridge would make it too hard to mould with, but I needn’t have worried. This recipe makes lovely soft and smooth play dough, so the fridge did it no harm and maybe even made it a little easier for the kids to handle. They loved the fact that it was cold to touch and it did stay cold for a good while. It really helped to get them into the mood for some snowman building as well.

Adapting the activity to make it suitable for the three different ages of my children:

Bella (2.5yrs)– I gave Bella a gingerbread man cutter to begin with and then a circle cutter, so that she could make some flat play-dough snowmen.  She did need a little help with the rolling out. But she was happy cutting out the shapes and decorating her play-dough snowman with the googly eyes, pipe cleaners and buttons that I had laid out for them all. 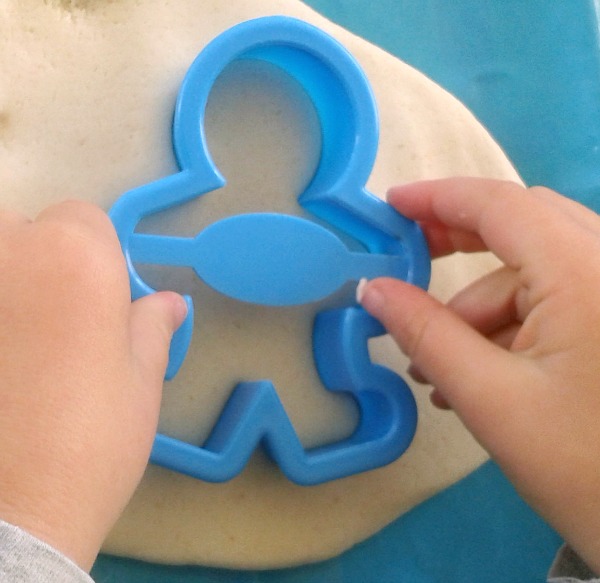 Freddie (5yrs) and Liam (nearly 7) – I encouraged my sons to “build” their own play-dough snowmen as they would do out in the garden. Although obviously on a much smaller scale.  They also had a go with the cutters as well. They hate to think that they are missing out on anything. 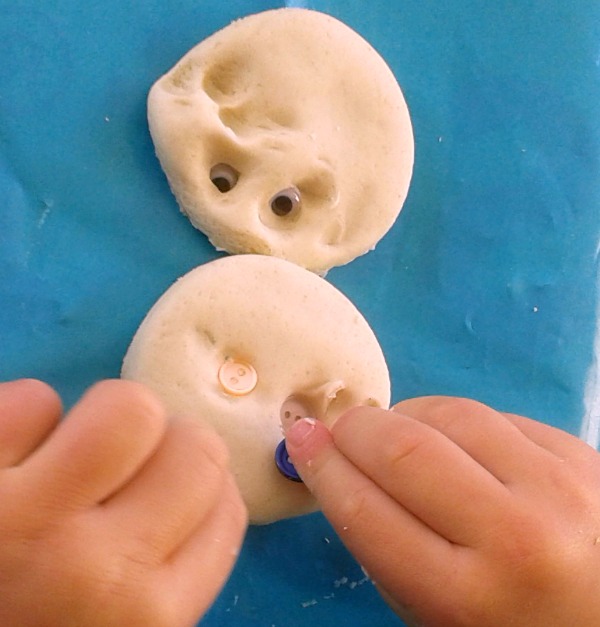 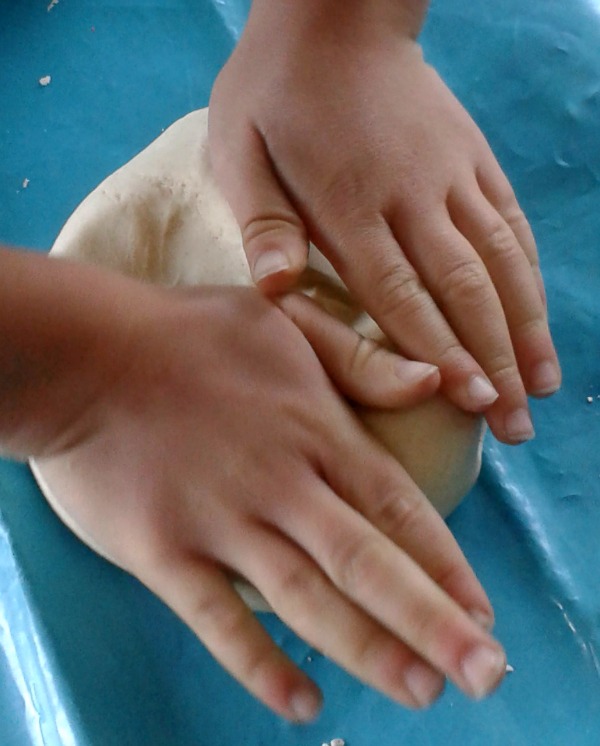 After completing their play-dough snowmen, the boys then carried the activity on using their own ideas. They constructed a sledge complete with a reindeer and Santa on board; well that is what they said it was anyhow! 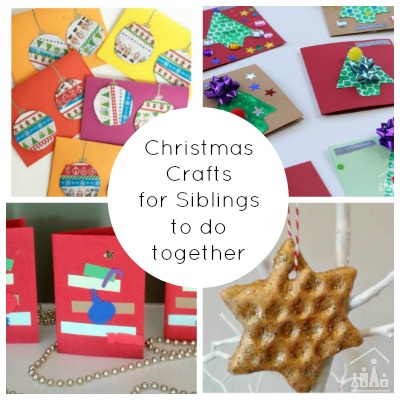 26 thoughts on “How to make Playdough Snowmen” 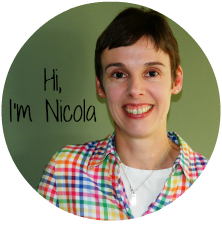 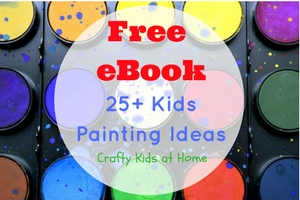